I Waited...The Results of Waiting for Readiness

I waited to do so many things this year. I waited to push students to write down a story, instead I told them to talk. I waited to introduce writing resources (ie., letter charts, word walls, etc) and instead I let them explore what they knew. I waited, and I didn't say "Write down the first letter in each word." ...I waited. I told them, "Show me what you know!" They drew lovely pictures. I told them, "Show me your details." They did, in their pictures and verbal stories.
I WAITED, afraid a little, but I waited anyway. I started the year with a draft book during writer's workshop--then I started over, giving them drawing books, knowing that at some point I would get to where I am today. Today I am so happy I waited; that is my present!

Yesterday I pulled out their draft books (the one's they began the year with) and re-introduced them to their new friend. We talked about how it was really very similar to their drawing and writing notebook. They could talk first, they could draw, they could color and add detail, and they could write down what they know. And, they did. Next step:  I pulled two samples of draft book writing for my writing model today...two students that I noticed did what I asked--"Write down what you know!"
Today's lesson was about "valuing where we are." Each of us is in a different place as we are learning. Some of us know some words and letters, some know how to tell a story, and some of us know how to draw pictures with details. My two samples demonstrated different ways of showing what students know. It was a great moment when we noticed that one student had written the word "to" in his draft book, using the correct letters, and another student had writing "tu" because right now that is what she knows about the word "to." Following the lesson the students were validated and it really showed in their work. Students were not afraid to work on writing today (like I had sometimes felt in past years), they were not afraid to put down what they know (because writer's workshop is now less overwhelming to them)! I valued what each one could do instead of pushing them to frustration.


Here are some examples of student work today!!  :) 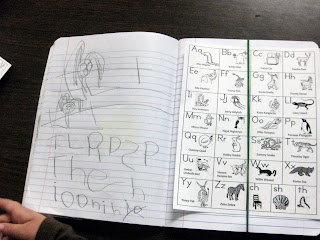 (I love this one, she still has to finish tomorrow...stay tuned. Below is her script).
"I learned something." 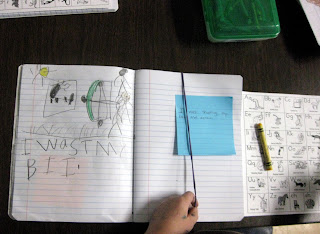 "I was shooting my bow and arrow." 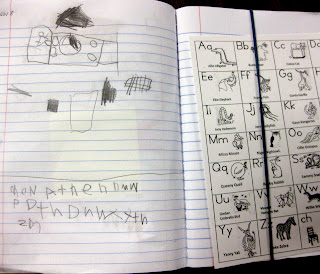 "I was eating pizza." 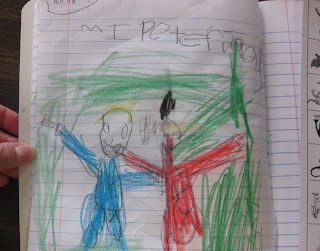 "Me and Peter on the playground." 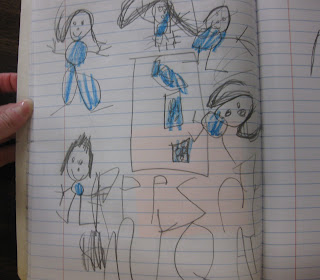 "I ate dinner at Tim's Pizza." 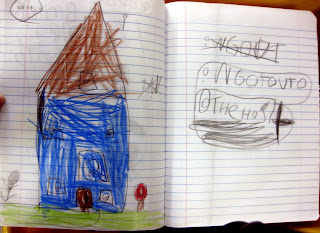 "I am going to someone's house." 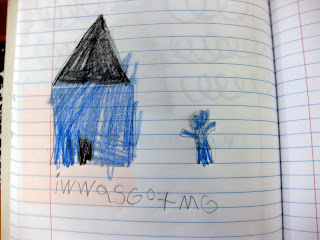 "I was going to my grandma's" 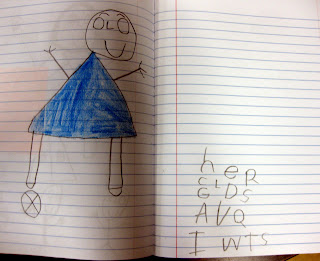 "I was playing soccer."
Posted by Betsy Hubbard at 7:44 PM

I love this! You celebrate what the students do. I wish more kindergarten teachers had this outlook. Your kids have such a strong start on their literate journey. Thanks for sharing!

Thanks so much for sharing! Sometimes I forget the journey my middle school students began way back when!! And as the mother of a soon-to-be kindergartner, this glimpse into the future is exciting! Congratulations on such a great day!!

Terrific support for your class in all that they are doing and when. You are right to be patient. I teach at a higher level, but it is really the same. Show what you know, do what you can at this time, let each have a different approach. It's lovely to see the pics. For me who doesn't know a lot about the emerging student, it helped a lot.

I'm eager to post pictures of my young writers - exactly a year younger than yours.

This is a wonderful reminder to trust the process. I love the pictures of all of the students in different places in their learning. You are patient! I wish that I could subscribe to your blog - you have some great ideas here. I look forward to your new post.
Sarah
http://sarahjane.edublogs.org/ 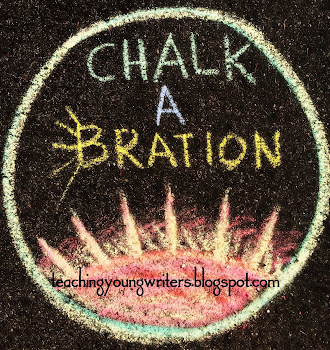